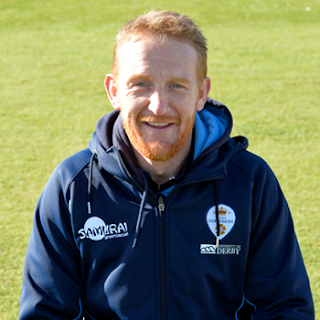 A capacity crowd enjoyed a wonderful evening with journalist and ex England allrounder Derek Pringle. Cathy Rennison reports: 'It is not unusual for guests to bring their favourite Geoffrey Boycott anecdote for our mutual entertainment, but Derek Pringle offered a unique insight into the newly minted Sir. In the hands of a less assured speaker, this could have been a controversial moment – the mixing of recent high politics with a marmite cricketer. But no – we were in safe company so could relax and enjoy the idea of the last PM's unexpected elevation of the England opener, and of the enduring teenage crush that perhaps lay at its heart.

In many amusing and entertaining stories, Derek brought other greats of his time into the room alongside him, recalling their exploits both on and off the field. When I next see Beefy, my mind’s eye will also spot somewhere nearby a large glass containing an indecent measure of scotch topped with a calorific ice-cream float.

With his ability to 'string a few words together', a talent he attributed to his Cambridge days reading for an essay-based Geography (and later Land Economy) degree, Derek was a witty speaker unafraid to admit his own pranks and mischievousness – adorning a carpet with beer to foil teammates determined to incapacitate him through booze, for example, or unleashing camera-captured spontaneous victory V-signs when baited by Melbourne Cricket Ground's notorious Bay 13. Neither exploit attracted much by way of official rebuke; indeed the first won him some admiration from Keith Fletcher, a captain he esteems above all others for his qualities as an innovator, man-manager and motivator.

Amongst the many well-known names remembered, it was in the end perhaps the West Indies pacemen of his time who Derek held in most regard and even affection. A tall man himself, his head in constant danger of contact with the central beam of the Brewery Bar, he nevertheless still looked upwards when talking of Joel 'Big Bird' Garner and that Barbadian's no-holds barred method of dealing with at least one female admirer. And it was to this small group of the fast and the furious that he returned in the Q&A as he revealed his fear – even today – of Sylvester Clarke, as well as his appreciation of Malcolm Marshall, who once bowled at Graham Gooch all morning without success, then rolled up his sleeves to resume the battle immediately after lunch.

Our chairman opened the Q&A with what I can only describe as an underarm daisy-cutter: 'which is better to win, the Ashes or the World Cup?' The deft answer was that it depended on your era – if you had won an Ashes series you fancied the World Cup and vice versa. From then on Derek offered spirited and open answers to questions, amongst others, about the current state of the county game, his own transition from player to reporter, the new 100 tournament and its marketing (and possible cost!), team cultures and the potential new bowlers we may see coming to the fore in the near future.

In other news of the session, we again failed to meet the 3-minute AGM target but did beat all previous records for attendance and raffle takings. The AGM reports from Maggie and Brian were succinct, and the committee was re-elected in its entirety – with a special welcome for new member Catherine Goble. Accounts for 2018/19 will be presented at the December 2019 meeting.

As a final aside, Derek proved to be as on point in his raffle-picking as he was with the ball – hitting the same spot repeatedly! Fortunately for everyone, members are generous in returning a second, third (and this time fourth!) winning ticket to the draw, and also in offering only the most gentle of humorous Yorkshire sledges to the lucky purchaser.'