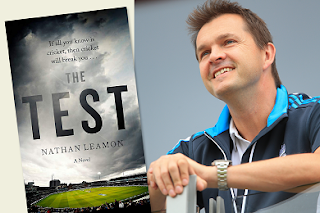 A fascinating start to 2019/20 with Nathan Leamon, arguably 'one of the most significant figures in [modern] cricket'. As England performance analyst since 2009, and author of the free CricViz analytical software used by players, coaches and broadcasters alike, Nathan is at the heart of a data revolution. Yet despite his Twitter handle - https://twitter.com/Numb3z - Nathan is no mere numbers man, arguing that the wise use of data should enhance not replace human decision-making.

Join Nathan to go behind the scenes of England's 50-over and T20 World Cup victories, Test and Ashes battles and much, much more.

And read his prize-nominated first novel The Test - a pacy, humorous and candid tale set in the England dressing-room, as stand-in captain James McCall tries to get his exhausted team across the line in the deciding Ashes Test.