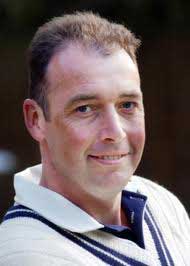 Ex-Middlesex & England paceman, now national selector, journalist, pundit, and director of cricket for county champions Middlesex - Angus Fraser MBE has enjoyed an unmatched involvement with international and domestic cricket over the past 30 years. 'The most controlled and consistent England bowler of the 1990s,' for Wisden editor Lawrence Booth, 'Gus' played 46 Tests and 42 ODIs. His best Test performance of 8-53 against West Indies in Port-of-Spain came in a losing cause, but his 8-75 in Bridgetown in 1993/4 set up a famous victory over the same opponents. Meanwhile with the bat, he and Robert Croft defied fearsome the South African Allan Donald in a famous rearguard action at Old Trafford in 1998. A Wisden Cricketer of the Year in 1996, Angus retired in 2002 to write for The Independent and was appointed a Test selector in 2014.

Don't miss this special evening with a star of the modern English game. All welcome! Join at any meeting - £15 a year/ £5 on door 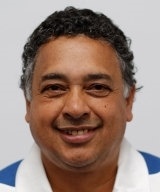 A middle-order batsman and off-spin bowler, John Abrahams played 1st class cricket for Lancashire CCC from 1973 to 1988. Appointed First XI captain in 1984, he immediately led the side to a notable Benson & Hedges Trophy victory over Warwickshire at Lords, when he was named Man of the Match by Peter May despite a duck and no wickets! Since retiring, John has played a pivotal role in England youth cricket, responsible for teams at Under 15, Under 17 and Under 19 levels, coaching England to victory in the inaugural ICC Under 19 World Cup in 1998, and later serving as the Under 19s Operations Manager. Many of his charges have since gone on to achieve international success - among them current Test stars Alastair Cook, Joe Root, Ben Stokes and Haseeb Hameed. 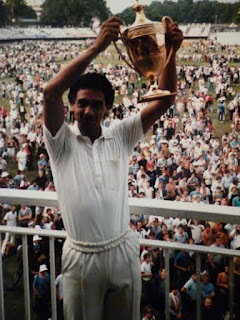