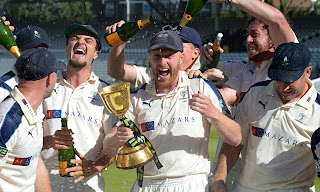 Meet Yorkshire’s youngest-ever professional captain and current First XI Coach when Andrew Gale heads to Cottingham on 14 February. Aged just 26 when appointed skipper in December 2009, the Dewsbury-born batsman led the club to Championship triumphs in 2014 and 2015, before retiring after a 14-year playing career to follow Jason Gillespie as First XI coach. An aggressive left-hander, with 20 first-class hundreds to his name, Andew debuted in league cricket as an 8-year-old with Gomersal before continuing his development with the Yorkshire Academy. He played international age-group cricket from under-15 to under-19 level, including appearances at the MCG and SCG, and also skippered England Lions to t20 victory over a full England side in 2010.