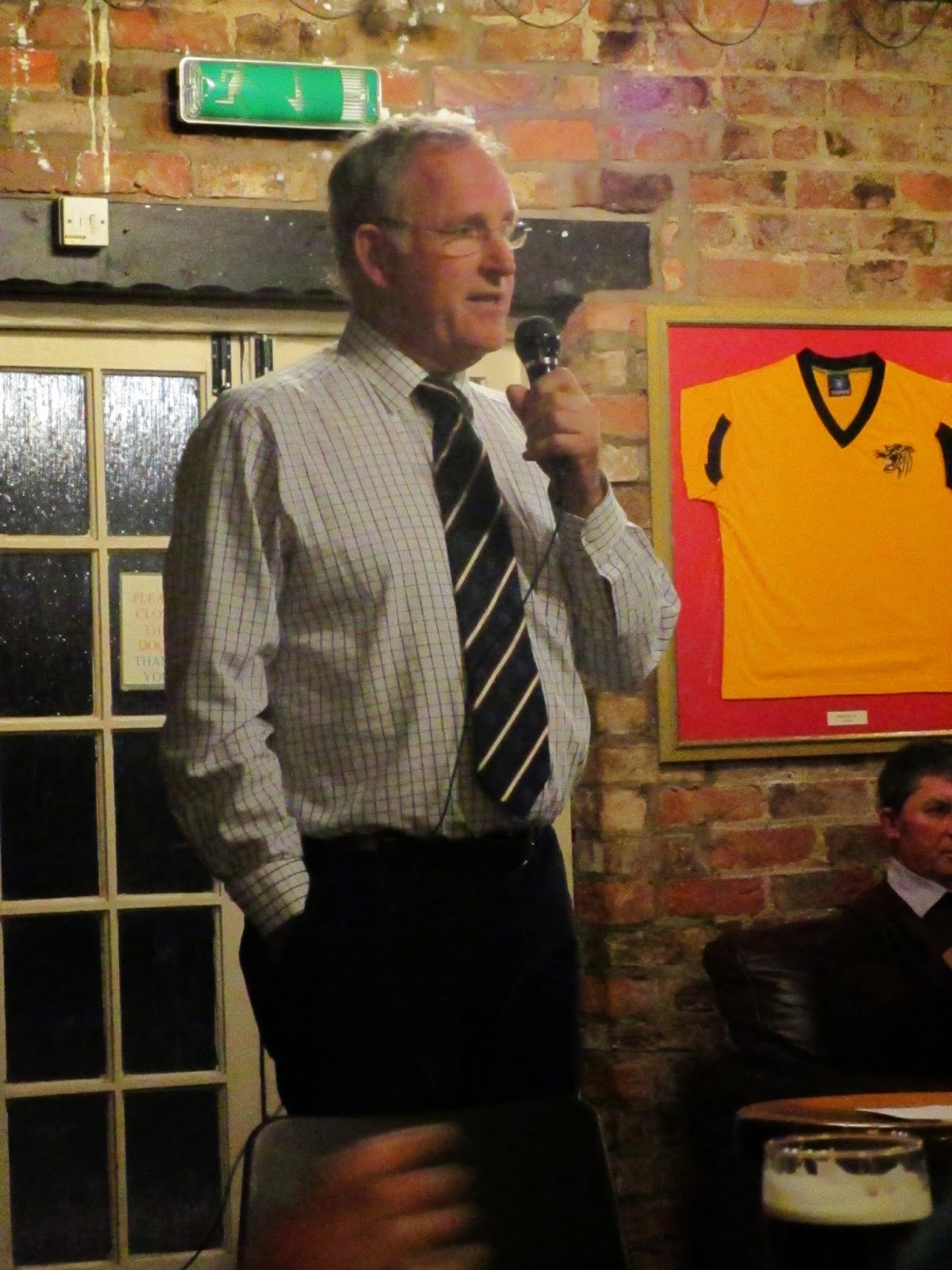 After paying our respects to the memory of Aussie Test cricketer Phillip Hughes, so tragically killed last month, England star Dennis Amiss kept a packed house enthralled in the atmospheric Brewery Bar, King Billy, Cottingham, last Wednesday. And Dennis had a good time, too! 'I really did enjoy my evening with you,' he wrote after the meeting. 'Your warm welcome was much appreciated and the audience was very attentive, with some excellent questions.' Test opener, one-time World Series Cricket rebel, England selector, Warwickshire Chief Executive, Deputy Chairman of the ECB and now President of the Council of Cricket Societies - Dennis has done it all in his fifty-some years in first-class cricket. As the man who introduced the batting helmet (an adapted motor-cycle helmet) to the game - Dennis gave the audience some insight into the skill and courage required to face bowlers like Lillee, Thomson, Holding and Roberts in their prime, while claiming the best tactics against the young Lillee at Old Trafford in 1972 were to bat at the other end! Whatever the truth of the matter, the results were good - the first one-day international century and a comfortable England win. 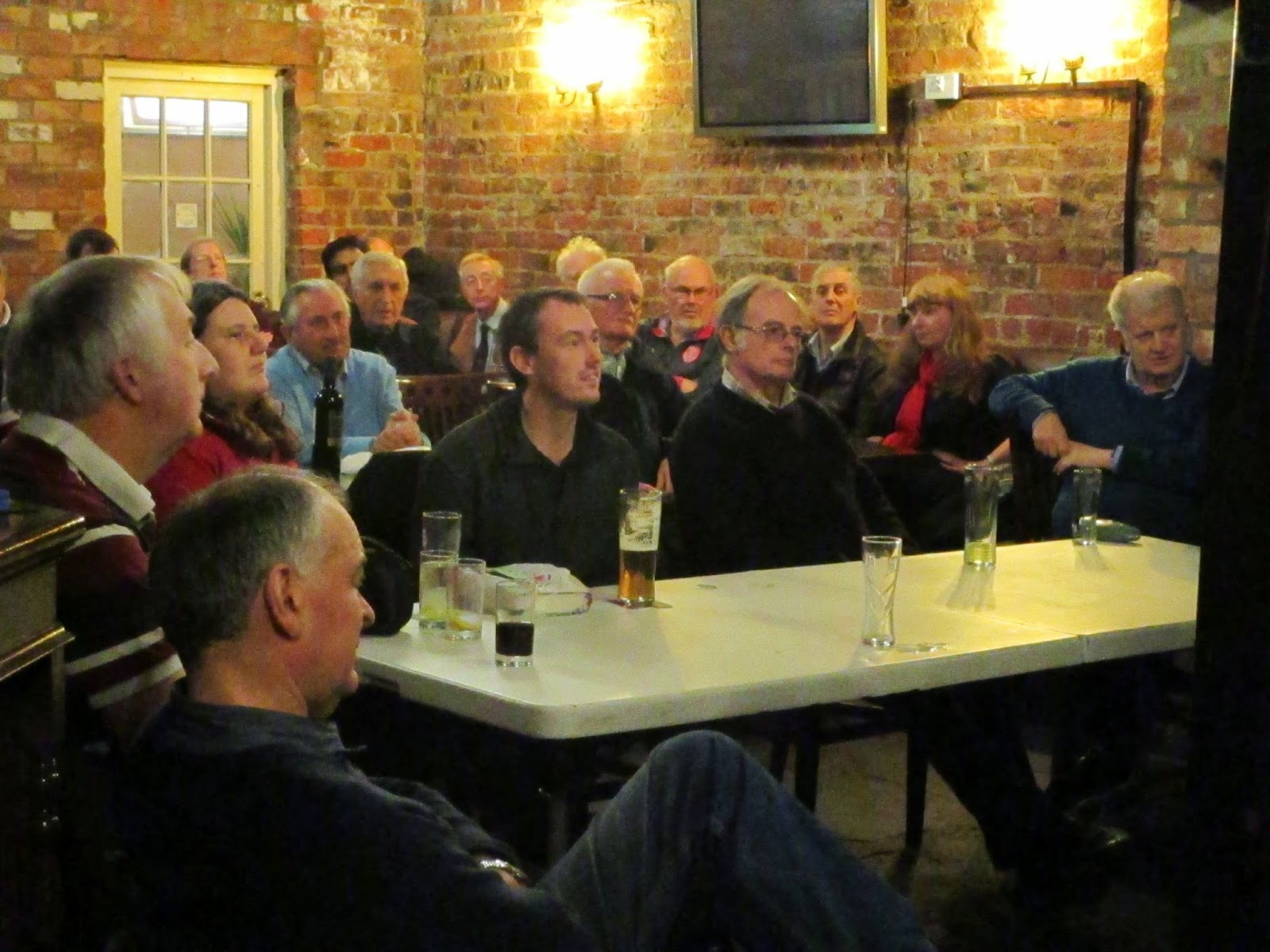 In a change from the original programme, the next meeting on Wednesday 14 January 2015 will now feature BBC ball-by-ball commentator Dave Callaghan, the Voice of Yorkshire Cricket, giving his unique insight into Yorkshire's 2014 County Championship victory.